In 2005, I worked on three cycles of the shamelessly derivative poker show "Poker Royale." I was one of two writers who scripted all the "off-the-cuff" commentary for the play-by-play guys.

Mixed in with the poker pros were celebrities — some of whom had barely any idea how the game was played. One celeb went all-in on every hand in an obvious attempt to try to bust out so he could go back to his hotel room and sleep. (I was instructed to write commentary explaining why his all-in strategy was actually "secretly brilliant.")


Somewhere along the way, the decision was made to add informational "pop ups" to the show — brief facts about poker appearing at the bottom of the screen every 30 seconds or so. Things like "A pair of 2s are called Ducks" and "A King-Queen suited is known as Prom Night."
But eventually, the other writer and I ran out of these facts.

And that's when we came up with a swell idea: Let's make them up. I mean, it's not like there's an official Poker Bible with approved nicknames for these things.

So here are some of the fake facts that sprung from our heads: 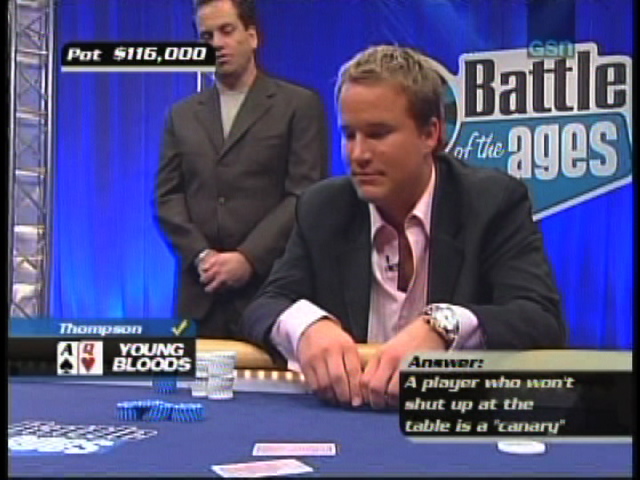 "A player who won't shut up at the table is a 'canary.'"
This one seems the most believable. 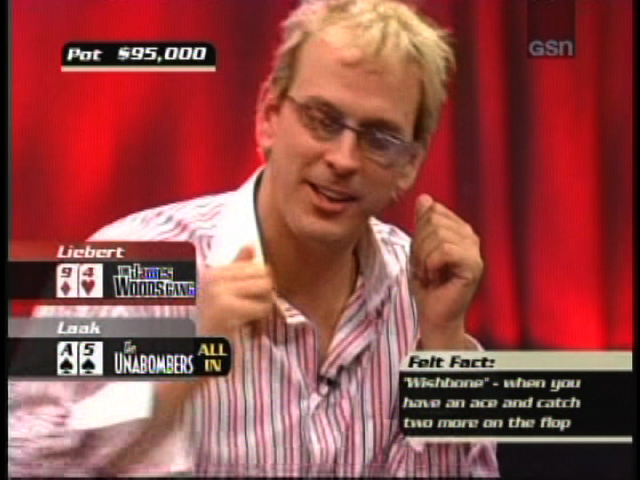 "'Wishbone' — when you have an ace and catch two more on the flop."
Roland came up with this one. I like it because it makes absolutely no sense. 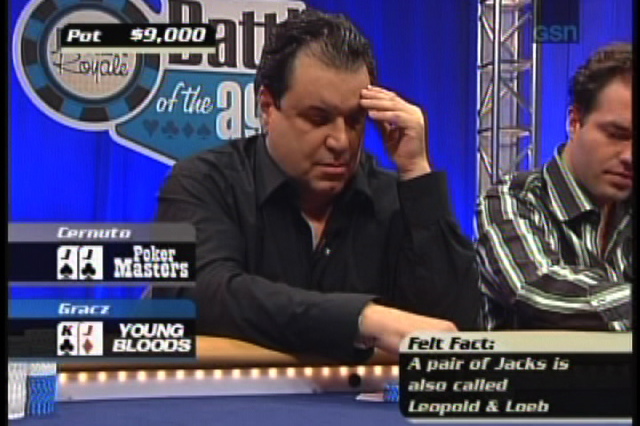 "A pair of Jacks is also called Leopold & Loeb."
This one's my favorite because getting this on the air meant that either
(a) no one was bothering to read the scripts or
(b) no one knew who child murderers Leopold and Loeb were.
Or both. 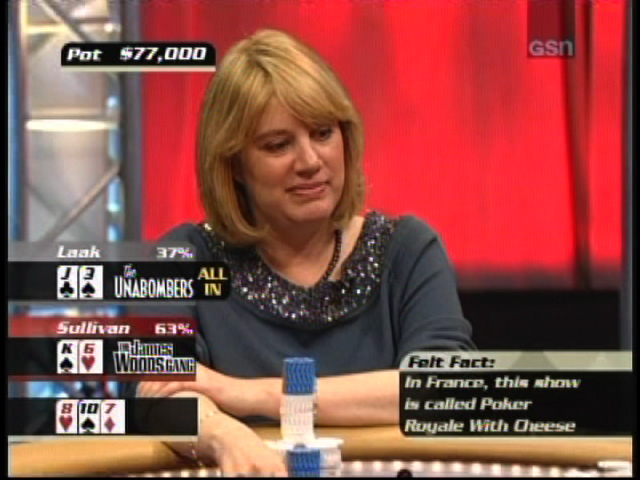 "In France, this show is called Poker Royale With Cheese."
Well, this one proves it.