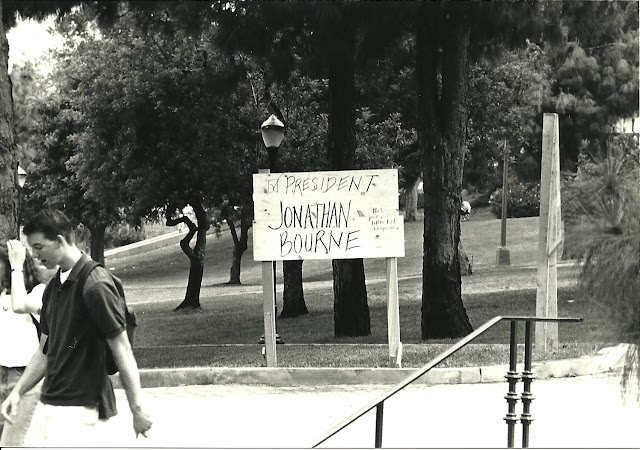 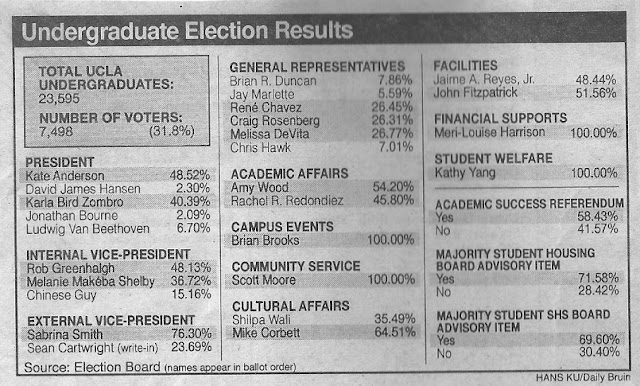 Twenty years later, Kate Anderson is running for Los Angeles Unified School Board, District 4. Though Anderson does have that valuable experience from being UCLA Student Body President, on March 5th I intend to write in my vote for LAUSD School Board Director: Jonathan Bourne. Because 75 people can't be wrong.
Posted by Jonathan Bourne at 6:00 AM