I got into the Late Show Top Ten Contest again. It's the eighth time I've made the list and the second consecutive time an entry of mine was picked for #1.

(I actually thought my entry of "iPad Thai" was funnier than the one they chose.) 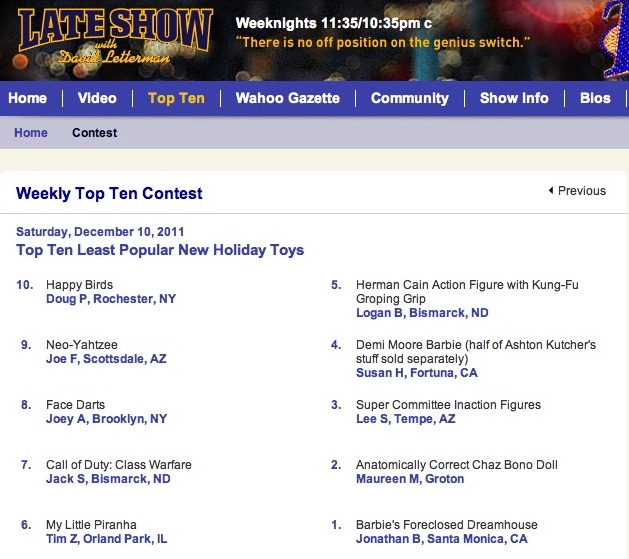