Thirteen years ago today, I began the most rewarding job I ever had — I helped my friend David Milch teach a month-long theater course to high school students visiting Brandeis University.

David did all of the heavy lifting education-wise, but I enjoyed every minute I got to work with the students.

In addition to theater history and technique, the kids received a few life lessons that summer too. They got their first taste of self-indulgent, shitty absurdist theater thanks to the Gloucester Stage's idiotic play called Pipe.

In Cambridge, they saw the brilliant Marcel Marceau. And in Boston, we enjoyed a delightful outdoor performance of The Tempest — that was enhanced by the brief interruption of an actual thunderstorm.

For the most part, I had weekends off and used them to run around New England.


I saw the movie Hamlet with a Dane (a teacher named Sara), and I got to see the Big Dig in progress. (I believe they're really close to finishing that project.)

David and I took a trip to Foxwoods where I won $500 from a Betty Boop slot machine. I stood there while the speakers blared "I wanna be loved by you... you and nobody else but you!" over and over again for 10 minutes until a casino employee finally shut it off and paid me.

During a weekend in Manhattan, we scarfed down some coal-fired pizza at John's, and I ran into my buddy Frank Nicotero in Washington Square Park (he was shooting remotes for the show that would make him famous, Street Smarts).

As a baseball fan, it was a thrill to finally visit Fenway Park. The ballpark itself is a wreck, and they serve the worst hot dogs I've ever eaten, but far and away the best baseball fans I've ever sat with were at Fenway. They were the perfect combination of being very knowledgable and very salty. Fans would scream at the top of their lungs at the manager about dumb trades made decades ago.

I also enjoyed that around Fenway only two t-shirts were available for purchase: "Red Sox Nation" and "Yankees Suck." As a lifelong Yankees fan, I found Boston's specifically-directed sartorial anger fascinating and hilarious. You wouldn't be able to find a "Red Sox Sucks" shirt anywhere in New York; it wouldn't even occur to us to make one.

And that summer I achieved a lifelong dream: visiting Bourne, Massachusetts — named for a famous whaler named Jonathan Bourne (imagine a time when you could gain naming-a-town-after-you notoriety through fishing). 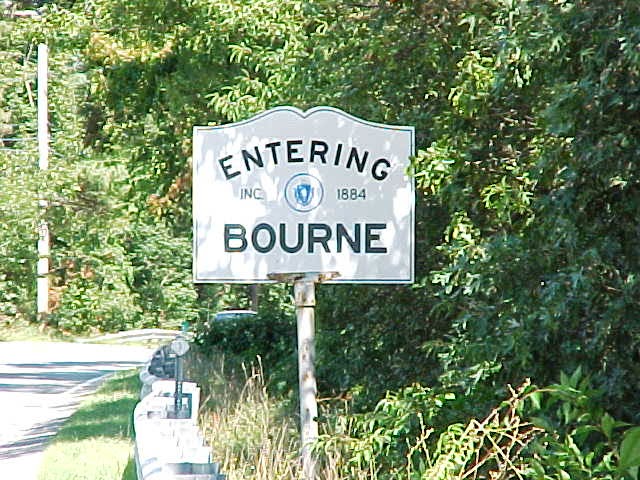 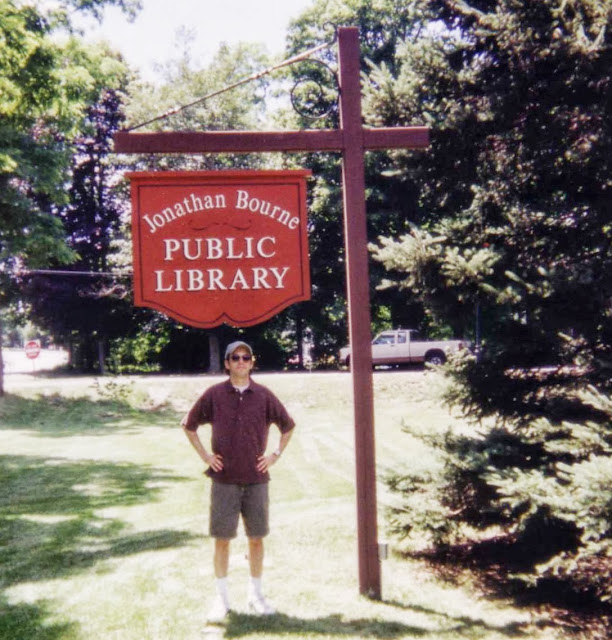 When I excitedly told the librarian "I AM Jonathan Bourne!" she couldn't have seemed less impressed. Guess I should've learned to catch a whale.

I still think about those Brandeis kids from time to time. We did a class exercise in  storytelling where each student had a limited amount of time to tell a personal story until a bell went off. Every time the bell would ring, we'd all feel disappointed that we wouldn't get to hear the end of the story.

On the last day we were all together, I told them that I was sad to see them go because to me, they were all stories, and now it was if a bell was going off, and I'd never get to find out how all those wonderful stories turned out.

But thanks to the internet, I've gotten to see a little more of those stories.

Mara got her doctorate in epidemiology from Harvard and is now an Assistant Professor at the University of Massachusetts Medical School.

Sharon went to Yale and became an attorney in Chicago.

After getting her Masters in Diplomacy and Conflict Studies, Erielle became an anchor on Israel's IBA News, then returned to her native Oklahoma to become the weekend anchor at KOCO.

Those are some good stories.
Posted by Jonathan Bourne at 6:00 AM